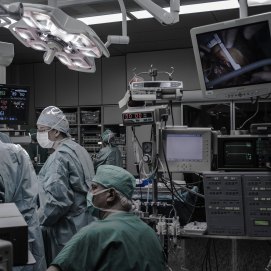 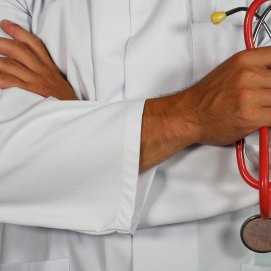 I have been approached by so many different people asking if I have seen the show, The Good Doctor.  Most people I talk with love it and say it is a great show and want to tell me about it because we are an autism family.  They have wonderful things to say about it.  How good it is.  How smart the main character is.  I have not seen the show.  I disagreed with the idea of it from the start, but didn’t say anything because I didn’t think anyone would understand or maybe they would feel that I was just being a negative Nellie.  With World Autism Awareness Day having just been celebrated in April, the social media profile picture frames reflecting awareness and acceptance, and now the new neurodiversity movement,  I just wanted to go ahead and put my thoughts out there.  Again, this is my opinion and I realize that everyone is entitled to their own.  So, continue to read, keeping that in mind.

My son, Michael, is 15 years old.  I knew he was autistic when he was around 10-11 months old.  He wasn’t officially diagnosed until the 4th grade because he tested right on the line, if you will.  He is high functioning.  He makes eye contact, is well spoken, and very affectionate.  Not what people think of when they think “autism”, but he wasn’t always so high functioning.   Actually, he was originally diagnosed as severely developmentally delayed with sensory integrative disfunction (sensory processing disorder).  Even though he was not diagnosed with autism until later in life, we still had him in different therapies and we have worked very hard with him throughout his life, so he has had several big improvements over the years, from not talking, not always making good eye contact, not having fine or coordinated gross motor skills and an inability to process emotions in an appropriate manner.  Because of the great strides he has made, at first interaction, many people do not realize that he is autistic.  This does not mean that he does not still have real struggles that he deals with on a daily basis.

My problem with a show like the popular one that is on now is this.  I have many friends with autistic children who are much more severe.  Some are non-verbal.  Some have days of rage and anguish and cannot vocalize it other than moans and screams.  Some autistic “children” are still not potty trained or have extreme gut issues, and are not able to understand, much less tell a parent what is wrong. I put the word children in quotes because some of them are in their 20’s and will need constant care for the rest of their lives.  Autism is a very broad spectrum.  Even though I believe that my son will be able to function and thrive in day-to-day life on his own as an adult, he still has obstacles to overcome due to his diagnosis.

Let’s look at some statistics located by doing a simple internet search.  Per the Autism Research Institute, just 10% of autistic people have savant tendencies.  According to ABC.com, the main character of their show, The Good Doctor, has autism and savant syndrome.  People who love the show seem to like its message of inclusiveness and have fallen in love with the main character.  So, how about the other 90% of autistic children/adults in the world?  The ones that will not be a surgeon or attorney or accountant.  1 in 4 children with ASD has seizures, according to autism-help.org.   That’s 25%.  According to the California Department of Education Diagnostics Center of Central California, as many as 50% of individuals with autism are non-verbal.  Now, if you look at autismspeaks.org, they say that 25% are non-verbal.  Either way,  I just feel that it is important that people who are not affected by autism on a daily basis have a true picture of what autism really looks like.

Honestly, we are going to have no choice but to address how the other 90% of autistic people will be cared for, seeing how the rate of autism keeps climbing. In 2004, 1 in 166 were found to have an Autism Spectrum Disorder, according to a CDC Autism Developmental Disabilities Monitoring Network document about the prevalence of the autism spectrum disorders in multiple areas of the United States.   As of March 2016, per the CDC website, 1 in 68 children has been identified with ASD.  1 in 42 boys.  I, personally, will not accept that.  I have no intentions of accepting that and I don’t want shows or groups encouraging us to just accept that autism is just a normal part of our world now and we should just accept it and that’s it.  No.  No.  Not awareness and acceptance.  Research and treatment.

The neurodiversity mindset has taken us by storm and it feels like it has split the autism community in two.  I realize that many high functioning autistic adults don’t like the idea of parents wanting answers and a reason behind their child or children being autistic.  I have read some pretty nasty comments on different threads of articles stating that we aren’t fit to be parents at all,  if we cannot love our children the way they are.  I want to set the record straight, once and for all on that statement.  I absolutely love my son with every fiber of my being and would never want to change his personality.  It is because of my deep love for him that I have worked so hard with him to help him develop new skills, so that he can be healthier and happier.  He was non-verbal when he was younger, which was extremely frustrating for him to communicate his needs and wants.   He had little fine and gross motor skills, which made it hard for him to color with a crayon, throw a ball, run, etc…  He struggled to fall asleep and stay asleep.  He was sick with strep throat and other illnesses a lot, which caused him to miss school and family gatherings.  He was lethargic with little energy.  He had dark circles under his eyes.  He also only played by himself when he was little.  Interaction with others had to be learned.  It was not automatic.  Most things were not.

Today, thanks in part, to our research and reaching out for help by way of therapies, health supplements, reduction of toxins and inflammation in the body and brain, and other things, Michael is verbal and very well spoken.  He plays basketball with his friends in the youth group on Wednesday nights at church.  He is very healthy and has energy.  He sleeps better.  He has friends and with his fine motor skills, loves to draw.  He has also found a love for acting and singing in school musicals.  We, as his loving parents and siblings, are overjoyed with the skills he has learned and what all he is able to do.  Searching for answers to help your child is in no way unloving or unaccepting and in absolutely no way does it make us unfit to be parents.  Now, I am not saying that someone cannot be genetically predisposed to becoming autistic, when neurological toxins have overloaded the body, but I do not believe that autism is simply genetic alone.  My concern with the neurodiversity movement is this: Acceptance of autism as simply being diverse could negate the aspiration to find causes, solutions, and even a cure.  I am not saying not to accept people.  Clearly.  I am saying not to accept neurological damage as a new norm in society.

I just want to make it clear that the vast majority of autistic people are not savants, like the Good Doctor.  In my opinion, it is dangerous to paint such a limited picture of autism for those that do not deal with it on a daily basis.  I am very thankful that my son is high functioning now,  but I am also speaking for the many autistic children who are not, and for their parents, who are sleep deprived, exhausted, and needing support and answers, and truly just want their child to be healthy and strong.  That is not unloving and unaccepting.  That is devoted and caring.  Parents who would go to the ends of the earth, researching all the things, enduring all the things, and loving their child through all the things, to find anything that can help their child.  May we as a society never stop looking at all the things we can to help us each live our best lives. 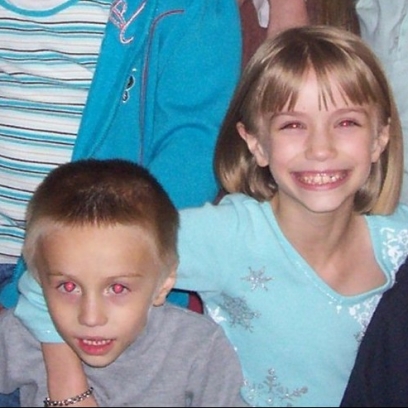 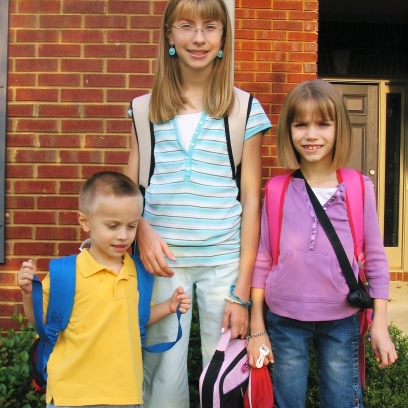